It goes without saying that these are testing times for everyone as society collectively deals with the Covid-19 global pandemic. Workers, retailers, restauranteurs, teachers, students, and customer support operators are finding themselves obliged to move to online as the primary means of collaboration with colleagues and customers. It also goes without saying that a considerable number of these systems featured no or poor accessibility development/testing.

Given this rapid transition of many who are new to such online tools, the amount of additional accessibility blockers is growing by the day. Do developers and administrators of new websites and other digital content have accessibility in mind? Most likely not. Do the tools they use to quickly implement new websites, Apps, and electronic documents automatically generate accessible code? Commonly no.

As a profession, we have had to cope with our own business issues in the same ways as those in other industries. We've also had to step up to support those in other industries to help solve their accessibility problems, many of which have only emerged as a result of the massive switch to online operations. A lot has happened in a short time, and there is much that can be gained by sharing our positive (and perhaps, negative?) experiences in ICT Accessibility Testing research and practice. To play our part, we have to be here to provide support to those tackling their technology issues, so that we may help them ensure equitable access for all members of our society.

Our annual symposium has traditionally been a place for inperson knowledge sharing and for professional face-to-face networking. Let's use this year's online symposium to continue sharing what works during the current situation and beyond, and let's continue networking with our peers—but this time online—the same way that so many of us are getting used to while we go through this together.

The Preliminary Program will be available and Registration will open on Wednesday, August 5. Please register then at https://www.ictaccessibilitytesting.org/register/. Currently, this year's submissions are being reviewed.

To stay informed with updates, sign up for announcements by emailing email hidden; JavaScript is required. Get in touch for sponsor inquiries by contacting the Sponsorship Chair, Erin Kirchner-Lucas. 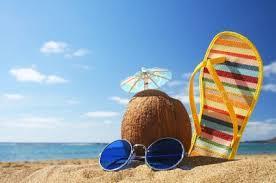 The recording for Summer Vision Day 2014 in in our list of podcasts in the sidebar.

During the meeting, we asked members to post ideas and needs for future events. Please use our WDCB website as a forum for sharing ideas.

We asked to hear from you, the membership, and we mean it. What’s on your mind? What do you need?

The Summit (#stc14) officially begins Sunday evening, 18 May, with a general session and keynote speaker. Your registration includes over 60 educational sessions, organized in tracks, which begin Monday morning, 19 May, and continue until midday on 21 May. In addition to the traditional presentations, workshops, and progressions, 20-minute Spotlight Talks have been added. You also have access to the Expo, with more than 50 companies represented; this will open on Sunday evening, 18 May, and run through 5:00 PM on Tuesday, 19 May.

Summit registration includes two receptions (Opening Reception and Communities Reception) plus morning and afternoon refreshment breaks in the exhibit hall. Also included in your registration is access to STC's SUMMIT@aClick. This unique feature is audio/graphic synchronized recordings of most sessions. SUMMIT@aClick takes away the problem of only being able to attend one session per hour. You can listen and watch the other sessions on SUMMIT@aClick after you get home.

Networking opportunities in addition to the receptions and sessions, includes the Honors Banquet and Closing Lunch. Both events require a separate ticket. In addition, most of STC's Special Interest Groups (SIGs) have networking events and meetings.

Additional education opportunities are also available on Saturday and Sunday, 17-18 May, in the form of preconference certificate sessions and preconference workshops/tutorials.

This year's keynote speaker will be Jonathon Colman of Facebook. For over 15 years, Jonathon Colman, content strategist at Facebook, has helped people and organizations build, find, and use the best stuff on the Web. Now he’s coming to the Summit!

The 2014 Summit Program Committee has published the final program for the 2014 Summit, organized by date and time. Plan your days in Phoenix now! See the current program to get an early view of what to expect in Phoenix in the sessions by 119 speakers. A PDF of the final program will be issued in May. The STC 2014 Lanyrd Site provides the latest program information. Search and sort the information as needed. (For more information about Lanyrd, see STC's Notebook.)
[Note: Lanyrd was a popular conference directory website created by Simon Willison and Natalie Downe and launched in 2010. It was created while the couple were on honeymoon in Casablanca. Eventbrite acquired it in 2013 and it no longer exists.  Updated 16Jul18]

For more information about the Summit, the official conference hotel, workshops, the keynote speaker, preconference courses, optional tours, leadership day program, and more, see the Summit 2014 site. The site even has a “Convince Your Boss” persuasion letter.

Register and join us for the STC 69th Annual Conference: Technical Communication Summit 2022 at the Hyatt Regency O’Hare, in Rosemont, Illinois (outside of Chicago).
Date: 15-18 May 2022

This website won an Award for Publication Excellence in the APEX® Awards 30th Anniversary 2018 competition!