We are saddened to learn of the death of John Stuart Burlison (March 4, 1951 ~ March 18, 2020, age 69), who died of complications from ampullary cancer according to his spouse, Ron Dagani. To many of his friends, he was known as “Happy”.

I knew John when he was a contractor working on a documentation project I led at IBM. He was a very wise and kindly fellow who often stopped to chat when he turned in a draft to me. We spoke about our backgrounds and when he found out I’d lived in Salt Lake City for eleven years going to high school and the University of Utah but was not a Mormon, we started discussing the lifestyle and beliefs of the LDS and how the Gentiles (non-LDS) lived and worked together. He said he’d been born and raised in Idaho, joined the Church of Jesus Christ of Latter-day Saints (LDS), got married, had children, and then came out as gay. That did not sit well with the LDS church at that time and he got divorced and excommunicated. This was a very traumatic experience for him and he was understandably bitter about how he had been treated. But he picked himself back up and moved to Maryland. (I don’t remember why he chose Maryland–perhaps to get as far away from the Intermountain West as he could.) Our discussions led him to lend me his copy of a great book by Orson Scott Card, “The Seventh Son”, that took place in an alternative American frontier where people were born with special gifts called “the knack”. (The main character, Alvin, had a powerful special knack because he was the seventh son of the seventh son.) The book weaves in some American history, some witchcraft, some magic, some religion, some humor, and is a bit of a morality play, which all resonates with the experience of living in the Intermountain West. I will never forget that book and I will never forget John.

John was an active and avid member of The Society for Technical Communication and served as the chapter president twice in 1985-1986 and 1991-1992. Besides trying to push me to give a presentation to the Washington, DC chapter, he was also very active in the LGBTQ community and supported programs of the LGBTQ students at the University of Idaho. He co-founded the original LGBTQ Democrats of Montgomery County. He was a natural leader and loved cycling, traveling, and square dancing.

His spouse, Ron, wrote a wonderful obituary for him that fills in many more details where I was amazed to find that his four children gave him twenty-three grandchildren. You can read all about Happy at https://www.sagelbloomfield.com/obituary/John-Burlison.

A celebration of his life will be scheduled at a later date.

Register and join us for the 70th Annual Conference: STC Technical Communication Summit 2023 at the Hyatt Regency Atlanta, Georgia.
Date: 14-17 May 2023. 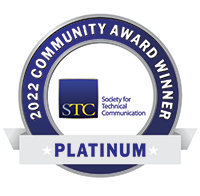 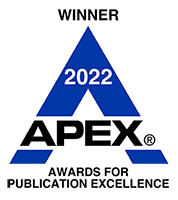